“Making With” in Lockdown, by Dominic Campbell (Creative Aging International) 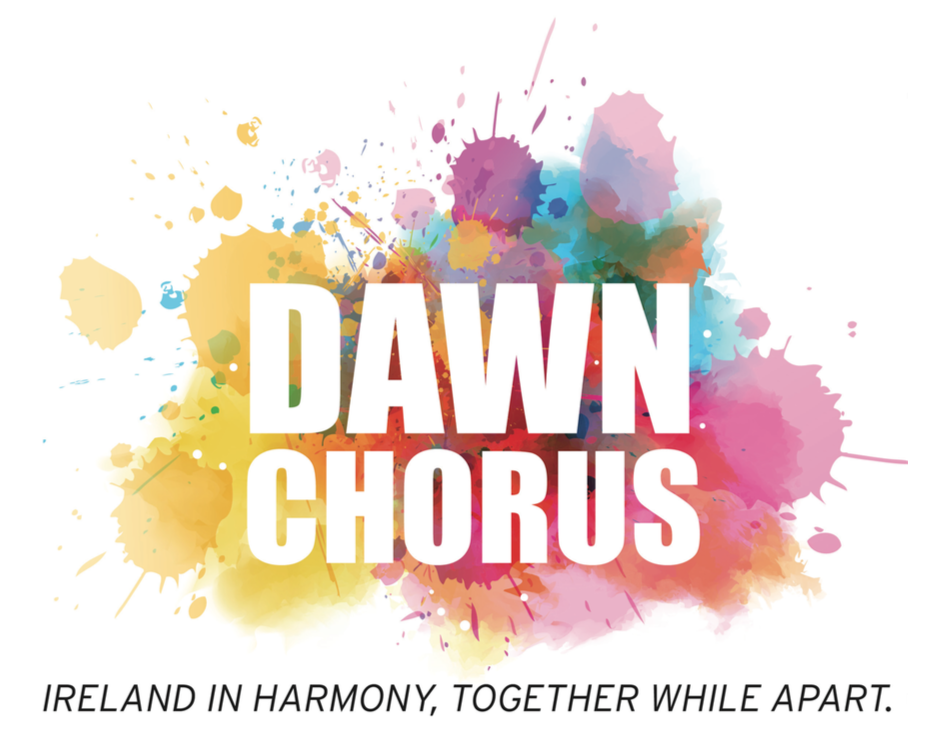 Creative Aging International (CAI) was started with the ideas of “making with” and “making for” at its core.

A Festival, for instance, is something that often is “made for”.  While it involves several partners or contractors, CAI are the people taking the initial idea out into the world, raising the resources, driving it along.

Until that is, we’ve built a Festival site you can walk into. Whatever happens next is “made with” -  the adventures people have at a festival, the stories that develop, what people make with the framework of a festival they are given.

Sometimes, usually when we can work local for a long time, a festival can be “made with”. It starts with a lot of getting to know you, a lot of exploring what goes on in a place and what people want to celebrate and showcase about where and how they live. It demands that ownership is shared, decisions navigated, and education works all ways. I prefer this process and am usually working towards it because for me it’s a bigger adventure, I learn more and like being part of collaborative effort. However as we attempt to work at scale beyond the local “making for” is often a simpler starting place. People want to know what it is we’re bringing, what the ask is, how they can get involved or if its for them.

The Covoid-Crises (I recognise there are several occurring at the same time) has made many people think about “making with” and “making for”. You can see creative responses at ageofcreativity.co.uk and creativityandwellbeing.org.uk or #thursdaystheday.

In Ireland with www.dawnchorus.ie we are exploring both. We are definitely “making with” the creative and health partners and “making for” their targeted client groups. What is harder in lockdown is “making with” these “client groups”. Face to face enables far more effective assessment of needs and assets that a phone call. In lockdown data and feedback is usually “best available” rather than definitive.

We know that we are reaching 45,000 members through Royal Irish Academy of Music and the 35,000 members of Sing Ireland by email, we are included in ALONE’s 4,000+ calls a week, in calls make by Senior Line’s 350 callers, in the calls the Alzheimer’s Society makes to the 1,100 people who currently cannot access day care, and we know for example that 23% of Alz Soc calls engage with people living with a diagnosis of dementia and the rest with their carer.  We have stats for visits to our website and social media, but given the costs of GDPR can’t currently get more nuanced on this. Dawn Chorus is a voluntary exercise and totally unfunded. So we haven’t yet found a satisfactory way to collect specific data. Maybe we can build something into the phone lines and “choirs on call” processes we’re trying to establish.

Because “making-with” is all about constant effective and accurate feedback. It’s about not imposing a facilitator or a cultural producer’s intention on the person or group that’s engaged. Obviously when we’re sending information out by post and phone or online that feedback is changed. We need to get better at it.

But in the world beyond the local most feedback isn’t face to face and most data isn’t collected that way. Where it is the time allowed is short.  An average GP consultation in the UK for instance is around 7 minutes. The data collection forms for isolation and loneliness tests run to several pages, take about a half hour to complete, and leave you wondering if you’ve made good life choices. We know that the drop off rate for an online form is about 80% a page.

All of which leaves me wondering about effective ways to gather information.

And it also leaves me wondering about the shape of the health care systems we currently work with.

If we were able to effectively ask people what they needed to feel well, particularly when they live with chronic conditions, would the systems developed look like they do?

Dawn Chorus is, in a small way, a mechanic for exploring how information focused on psycho social intervention can be disseminated. I wonder how quickly and effectively we can build a feedback loop?

Or might we be finding limits to our own practices?

Only one way to find out.

Dominic Campbell is an Artistic Director, Producer and Creative.

Dominic Campbell conceived and is leading this initiative. As Bealtaine Festival’s Director he steered the festivals growth and expansion over eight years. Formerly an Artistic Director of Ireland’s national celebration, St Patrick’s Festival, he transformed its three shows into ninety within four years growing production and managerial teams alongside the financial support required. Within two years the festival generated €80 million for Dublin City’s economy in audience spend on consumables while using cultural tourism to support social cohesion.

Dominic went on to design and produce national celebrations marking the expansion of European Union in 2004 and the Centenary celebrations for James Joyce. For “The Day Of Welcomes” which marked EU expansion, he devised and produced 12 simultaneous festivals pairing EU expansion countries with Irish towns and cities engaging 2500 artists from 32 countries. It was delivered from conception in six months.

He joined Bealtaine in 2005 recognizing that the festival was a “sleeping giant” and led Bealtaine’s success. From 2007 he tripled the scale of the festival while deepening its engagement and achievement. He has maintained local ownership and goodwill while overseeing its international engagements.

He mentored festivals in Wales (Gwanwynn), Scotland (Luminate), and has developed projects with partners in Australia and The Netherlands. In 2012 he established the first global conference on Creativity In Older Age opened by Irish President Michael D Higgins.

In 2016 he became an inaugural Atlantic Fellow for Equity and Brain Health at the Global Brain Health Institute a project between Trinity College Dublin and University College Southern California an ambitious worldwide program seeking social and public health solutions to reduce the scale and adverse impact of dementia.

Recognized by The Irish Times as one of the top ten key cultural influencers in Ireland he is seeking strategic and business partners to establish Bealtaine festival type programs in the US.