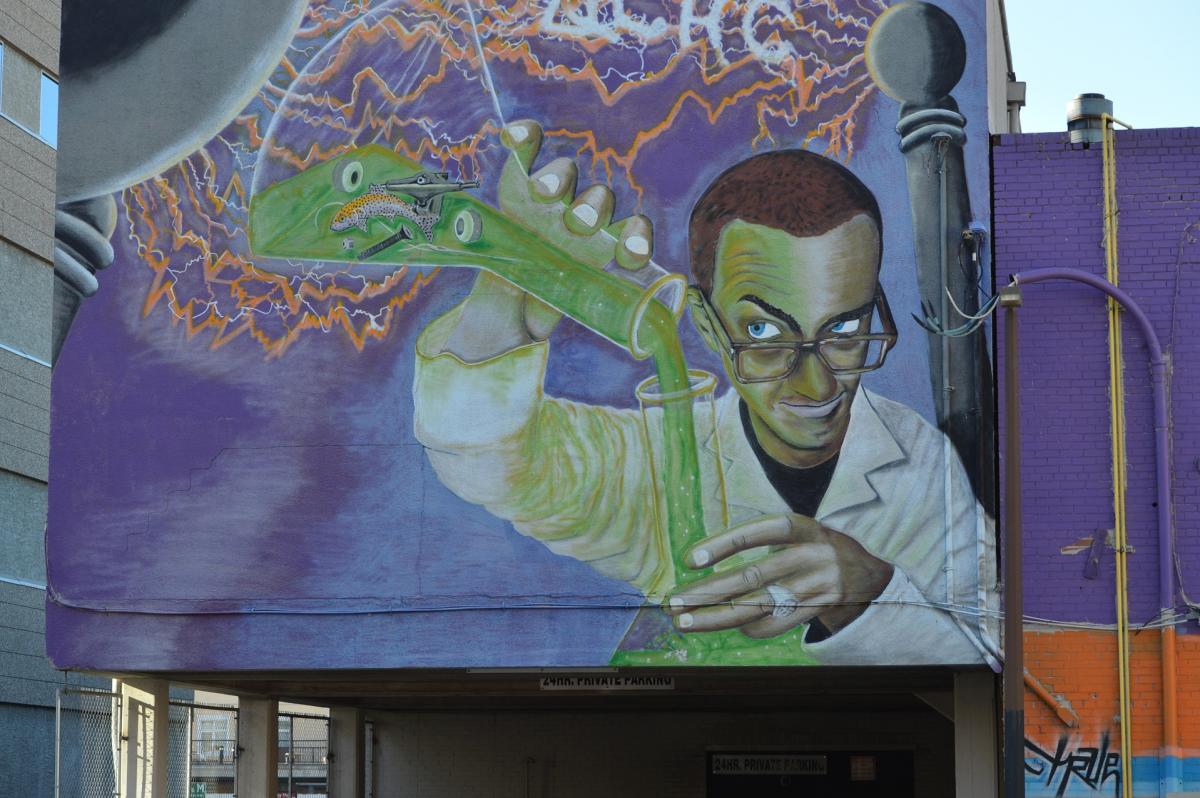 Over the last 30 years, the ‘clash of two cultures’ – a phrase coined by CP Snow in 1959, has been a recurring theme in my life. When I was a card-carrying physiologist working at St. George’s, Tooting, I would often get into passionate conversations about the importance of science versus the arts. Most of my family, being of artistic persuasion talked about beauty, expression and culture and why it is so critical to human existence. I thought of science as the quest for truth, and art as mere fluff and window dressing. To me it was no contest.

In the late 90s, I pitched up at Wellcome and was soon immersed in multi-million pound efforts to understand human illness by focusing on genes, neurones, microbes and large population cohorts. Little room here for the arts (despite the lone endeavours of Ken Arnold) or indeed individual experiences. The term ‘wellbeing’ was never uttered and ‘patient experience’ was dismissed as misleading anecdotal evidence.

However, things began to change for me (and Wellcome). I took on a new role managing humanities programmes in what was known disparagingly by folk in the science funding division as the ‘fluffy side of Wellcome’- the division of Medicine, Society and History. (Don’t be fooled by the word- ‘medicine’, there was none of that going on). By 2008, our academic advisors were calling for grant programmes that ‘took subjectivity seriously’. To be honest I had little clue as to what they were on about but ran with it as it seemed to be gaining momentum. I remember many a discussion with Martyn Evans (University of Durham) who persuaded Wellcome to fund him to investigate ‘what is human flourishing?’ I couldn’t for the life of me think what he would be doing for 5 years but he told a good story. This momentum around subjectivity led to creating the Wellcome Hub, a multidisciplinary research space for artists and scientists to ‘conduct research that could not be undertaken in universities’ due to their ‘research silo’ culture. On returning to Wellcome after a 5 year break, I was fortunate to be involved in one of the residencies in the Hub- Created out of Mind led by the Prof. Seb Crutch (UCL). It was during this time the ‘lightbulb’ went on for me. I saw the benefit of capturing lived experience (in people with dementias) and of co-creative research projects. Sold to that man!

Whilst I immersed myself in Hub life, things were moving rapidly in the arts in health world. Wellcome’s involvement in the APPG Creative Health report meant it leant a sympathetic ear to Baroness Deborah Bull (King’s College London), who approached Wellcome with the idea of addressing the gap between funding small, successful arts/health interventions and upscaling and embedding them in clinical care pathways. Daisy Fancourt’s (UCL) support was the clincher. There was only one slight issue- there wasn’t a ready-made team at King’s to take this on. Nikki Crane and I were tasked with building one. Cutting a long story short we ended up with a £2million programme, led by Professor Carmine Pariante and Daisy Fancourt, named SHAPER: Scaling-up Health-Arts Programmes: Implementation and Effectiveness Research.

We chose three interventions that already had some evidence of improving patient health: singing groups for postnatal depression, dance classes for people with Parkinson’s, and movement and music sessions for stroke patients. We know that these interventions work, but the evidence so far comes from small studies. So now, we are scaling these interventions up, by offering them to hundreds of patients within NHS hospitals and health centres in London.

We also have a 4th workstream dedicated to examining how the interventions can be implemented within the NHS, led by Professor Nick Sevdalis, because we will only make a true difference to patients if we can demonstrate that they are acceptable to, and taken up by, patients, as well as feasible and cost-effective.

Breathe Arts Health Research’s pioneering Melodies for Mums programme brings together new mothers — often referred by GPs, midwives and other health professionals — in singing and music sessions with their babies, with the aim of reducing symptoms of postnatal depression.

Melodies for Mums (led by Hannah Dye and Tim Osborn) provides a 10-week programme in consisting of two hour-long weekly sessions for upto 14 women. Sessions typically consist of learning a variety of culturally diverse songs, encouraging bonding with the baby and engagement with each other. The programme is a strong way of engaging mothers from minority backgrounds who are less likely to seek professional support for their mental health post-birth. Currently, we are offering these sessions online only but once Covid restriction have ended we will recruit 400 participants to the main study, which will try to understand how the singing sessions work, by looking at possible changes in hormones related to stress and bonding.

Our second project is Dance for Parkinson’s and is delivered by the English National Ballet (led by Fleur Derbyshire-Fox). It is a 12-week programme inspired by ENB’s repertory for people with Parkinson’s, their family and carers who join weekly ballet classes, incorporating live music, dance, rhythm and voice with specialist dance artists and musicians.

Professor K Ray Chaudhuri is leading a clinical trial investigating the impact of the programme on both motor and non-motor symptoms of Parkinson’s. To date, Dance for Parkinson’s has been shown to reduce social isolation, benefit emotional and social wellbeing and improve stability, fluidity of movement and posture to support everyday life.

Our third project focuses on life after stroke. Stroke Odysseys (the brainchild of Lucinda Jarrett at Rosetta Life) prepares the post-stroke participant to cope not only physically, but mentally too. Lucinda and her team focus on what the post-stroke participant can do rather than dwelling on what they cannot. The performance arts programme centres on communication of experiences to an audience through acquired skills in movement, music, song and the spoken word. In the hospital setting, sessions run for 60 minutes weekly for groups of six to eight participants on neuro-rehabilitation wards. In the community, there is then a follow-on 12-week performance intervention where participants devise a dance and music performance work from their own stories. After the performance is completed, participants are invited to a training programme where they learn to act as advocates (stroke ambassadors) for life after stroke. Stroke ambassadors then support artists in hospitals, befriend the newly discharged patients and take part in small-scale performance tours to hospital wards, care homes and community centres to challenge the perception of disability.

To learn more about the programme and the people involved, visit SHAPER.

Tony is a physiologist who gained a Ph.D in 1991 from St. George's Hospital Medical School. He has published in the fields of obesity (brown fat metabolism) as well as nausea and vomiting. He was a neuroscience lecturer for 4 years before going to the Wellcome Trust in 1998 where he became Head of Medical Humanities & Engagement Grants. In 2012, he left Wellcome to become CEO of Genesis Research Trust- an Imperial College-based charity chaired by Lord Robert Winston. He returned to Wellcome in 2017 to look after the Wellcome Hub and worked closely with the Created Out of Mind team (dementia project) led by Professor Seb Crutch (UCL). In 2019, he joined forces with Nikki Crane and Daisy Fancourt to assemble the SHAPER team. He is now Programme Manager for the King’s SHAPER programme. 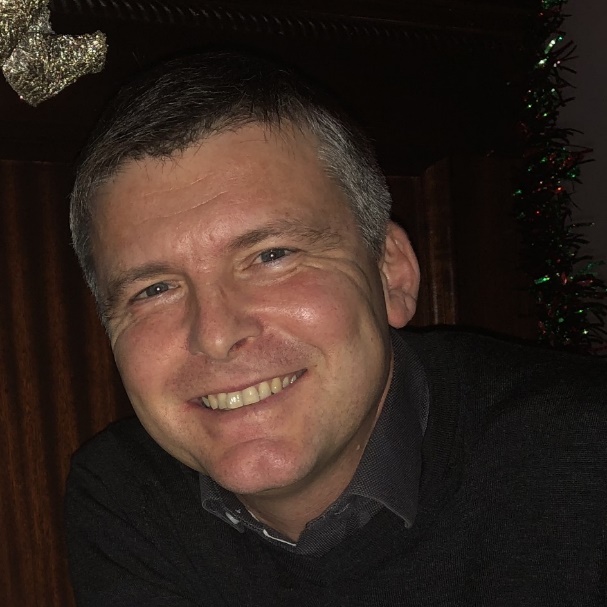