Image above: John Humm, Being-Opposite-Illness. The work, using self-portraiture and digital techniques, explores how focusing on the bodily experiences of others may estrange doctors from their own bodies. © John Humm

Each year, students on the BSc Medical Sciences with Humanities, Philosophy and Law at Imperial College London produce a project on a topic of their choice. As one of the tutors on the course, it’s always a treat for me to see the breadth and originality of these topics. This year, projects included the display of Egyptian mummies, the history of medical clowning, and the relationship between cosmetic surgery and capitalist culture.

In addition to their written project, students produce an artwork that engages with their project topic. These artworks are then curated and displayed in the Blyth Gallery, Imperial’s dedicated exhibition space. This is one of the high points in our calendar: the exhibition is open to the public following an opening reception that also welcomes student’s partners, friends, and families to celebrate their work.

This year, of course, was rather different. With the possibility of a physical exhibition removed, we had to come up with an alternative. Although the artwork itself isn’t assessed, it’s an important part of the project and a place where students can put into practice many of the creative skills they’ve developed throughout the year in artist workshops. We decided to move the exhibition online, curating an online space where the student’s work could be viewed and appreciated.

Students took photographs of their work and wrote short blurbs, just as they would usually do for the booklet accompanying the physical exhibition. Then it was down to me to place these in a virtual exhibition space. We chose to use a free Wordpress template and – with a fair bit of trial and error – the exhibition was up and running just in time for our online launch.

Continuing our tradition of a title that melds the medical and the artistic, the title of this year’s exhibition is Arteries. The artworks encompass embroidery, photography, poetry, illustration, and film. Despite the restrictions that students were working with under lockdown – such as limited access to materials – the quality of the work produced is as high as ever. Many pieces engage directly with the pandemic. Evlyn Forsyth-Muris’s project on medieval leprosy treatment, a regime that often incorporated plants and herbs, is complemented by a photograph taken in the vegetable patch Evlyn cultivated under lockdown. Annabelle Mintz’s embroidered piece, inspired by nineteenth-century depictions of mesmeric treatment (a kind of hypnotism), represents her project but also her own development of a new creative skill. More than one student has persuaded their family and friends to try their hand at acting – Lillie Dummer’s short film ‘The Quarantine Routine’ will surely resonate with a wide audience.

Although we couldn’t meet in person for our usual opening reception, students attended a virtual opening party on Zoom. Families, friends, project supervisors, and Imperial staff were invited to listen to students introduce their pieces, with images or stills shared over video. The shift to an online exhibition has had its benefits: the artworks are accessible to a wider potential audience, and family and friends who may not normally be able to attend the physical exhibition were able to join us in a virtual celebration of the student’s work.

Now more than ever, maintaining a sense of community on our BSc programme is important to us. Going ahead with the exhibition, and hosting a virtual opening party, ensured that students did not feel their hard work was in vain, and also added some much-needed ‘colour’ to life in lockdown. Each year the process of producing an artwork proves to be a joyful, productive, and sometimes revelatory, experience. This year was no exception. Indeed, several students said that the process of making the artwork was particularly positive during the pandemic, as it allowed them to explore their creativity in new ways as well as providing a place to ‘switch off’ from other concerns. Whether physical or virtual, the exhibition is an established part of our programme that consistently demonstrates the value of integrating the arts into medical teaching.

Image below: Annabelle Mintz, Mesmerised. Inspired by 19th-century depictions of mesmerism, the work is open to interpretation by the viewer: is the woman being controlled, or is she exerting a power of her own? © Annabelle Mintz 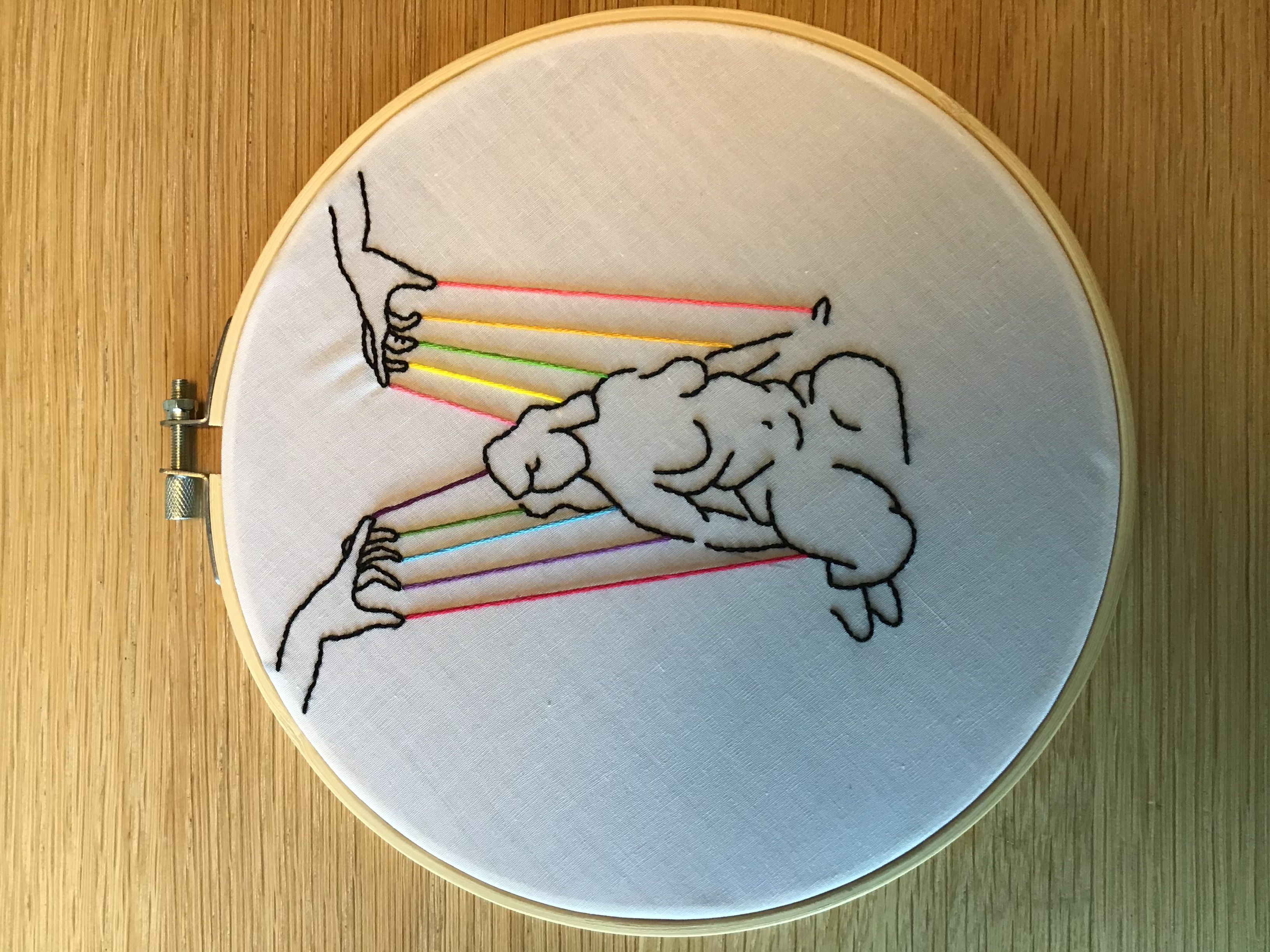 Dr Jennifer Wallis is a Medical Humanities Teaching Fellow and Lecturer in the History of Science and Medicine at Imperial College London. As well as teaching on the BSc in Humanities, Philosophy and Law, she works with colleagues across the College to integrate the humanities into medical and scientific teaching. She is a historian and an active researcher in this field; her most recent publication is the co-authored volume Anxious Times: Medicine and Modernity in Nineteenth-Century Britain (University of Pittsburgh Press, 2019).